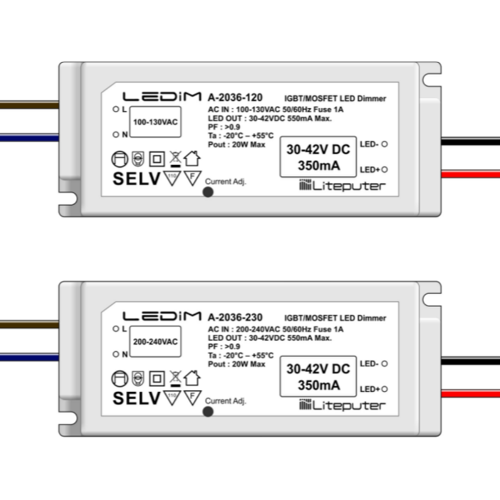 Traditional drivers use constant current control to accurately regulate LED forward current. This approach produces consistent light output or intensity from LEDs in the same bin. However, once current is applied to the LED, its solder point temperature rises, leading to a decrease in forward voltage and a drop in efficacy. Conversely, by using the new A-20 series driver with constant power regulation, the LED forward voltage droop over temperature is offset by an increase in LED current to maintain constant LED power. The result is up to 10-percent improvement in efficacy across the expected operating temperature range of the fixture.